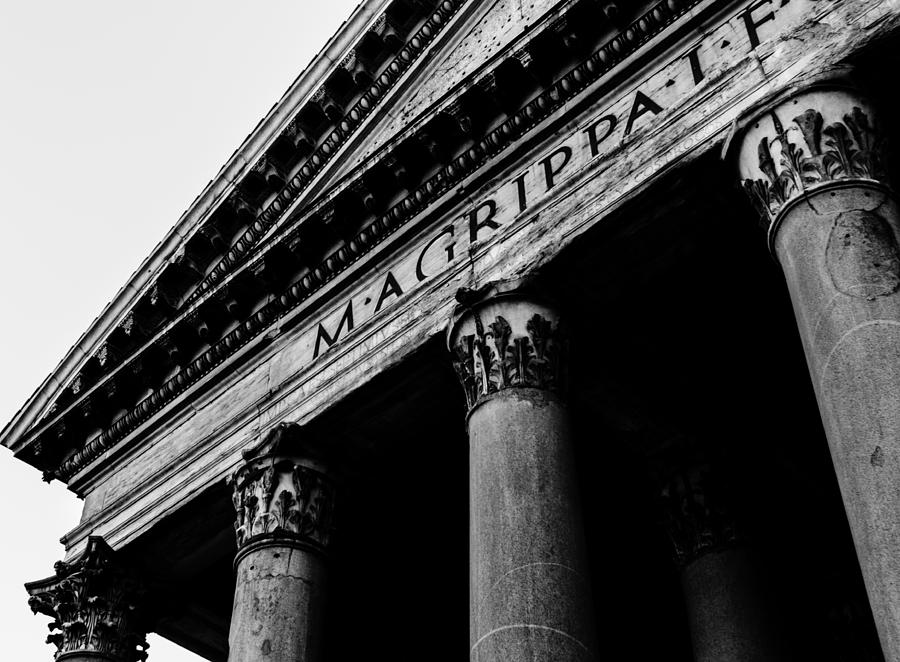 Rome - The pantheon by Andrea Mazzocchetti

The Roman Pantheon is the most preserved and influential building of ancient Rome. It is a Roman temple dedicated to all the gods of pagan Rome. As the brick stamps on the side of the building reveal it was built and dedicated between A.D 118 and 125.
The emperor Hadrian (A.D 117-138) built the Pantheon to replace Augustus friend and Commander Marcus Agrippas Pantheon of 27 B.C. which burnt to the ground in 80 A.D.
When approaching the front of the Pantheon one can see the inscription above still reads in Latin the original dedication by Marcus Agrippa. The inscription reads:

"M. AGRIPPA.L.F.COSTERTIUM.FECIT
Marcus Agrippa son of Lucius, having been consul three times made it.