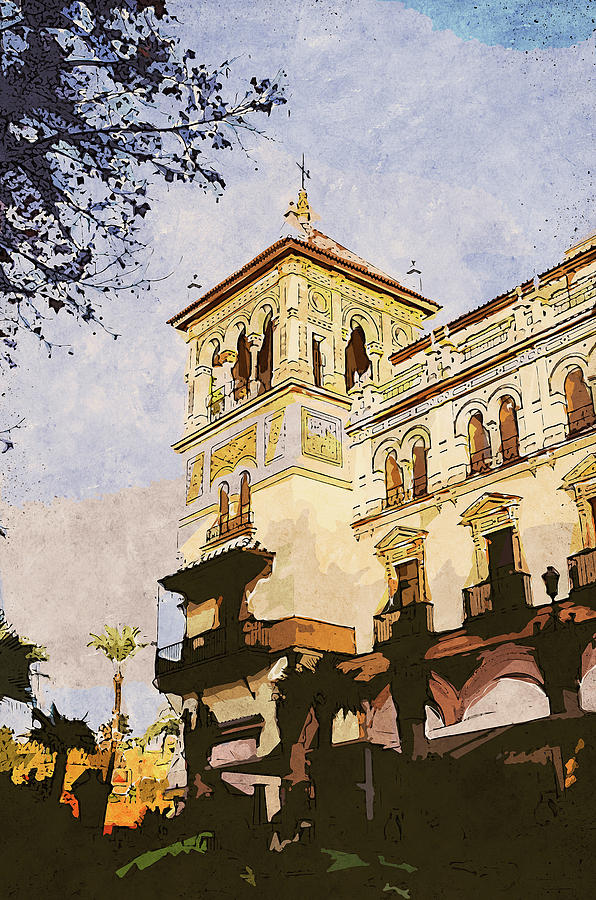 Seville (in Spanish Sevilla) is a Spanish city of Iberian-Punic origin. Located in the south-western part of the Iberian Peninsula, it is the capital of the Autonomous Community of Andalusia and the province of Seville. The city stands on the banks of the Guadalquivir River.
With 696 676 inhabitants (INE 2014) is the fourth largest city in Spain by population. Its metropolitan area has 1 508 605 inhabitants (INE 2010).
Seville can be considered as the artistic, cultural, financial, economic and social center of southern Spain.
Noteworthy is also the tourist interest, thanks to the numerous monuments, squares, gardens and the fervent nightlife. In particular, the Giralda, the Cathedral, the Alcázar and the Archive of the Indies were declared a UNESCO World Heritage Site in 1987. Furthermore, Seville has the third largest historical center in Europe.

The Tartesses were the first to found a settlement in the area of ​​present-day Seville, around the 8th century BC, calling it Ispal. Phoenicians and Greeks established business relations with the Tartesi, who in addition to the city had occupied part of southern Spain. The Treasure of the Carambolo, which was found around the city in 1958 and now kept in a safe of the Archaeological Museum, has come to this population.
In the III century a.C. the Carthaginians occupied the area for a short time, but during the Second Punic War the legions of Scipio African arrived at the gates of the city and defeated the Carthaginian army led by Asdrubale in 206 BC.
The winner Scipio decided to found a city in which to hold the troops and called it Italica, which was a few kilometers from Ispal, which under Roman rule was called Hispalis. These two nucleus knew epochs of great splendor and in 45 a.C. Julius Caesar granted Hispalis the rank of Roman colony, making it one of the most important cities in Spain.
During the II century AD underwent various invasions by the Moors, who were always repulsed by the Roman army. During this period Christianity spread throughout the Iberian Peninsula. In 287 d.C. the Santa Giusta and Ruffina sisters were martyred, who refused to make an offer during a pagan rite, declaring their Christian faith; today they are the patrons of the city.
Despite the importance of Hispalis in Roman times today in Seville there are very few testimonies of this period, except for the remains of an ancient aqueduct, unlike Italica of which still remain large remains of the Roman past.